Amouage is an ultra-luxe perfume brand which was founded in 1983, in Oman, to create modern perfumes in the Omani tradition. The original two perfumes created for the brand by perfumer Guy Robert, Gold Man and Gold Woman, would set the brand DNA for the next thirty years. Amouage really transformed itself in 2006 when it hired Christopher Chong as creative director. Mr. Chong has made Amouage into one of the most consistently artistic of any perfume house you can name. The fact that Amouage doesn’t make perfume for the lowest common denominator is something to be commended. I often refer to many Amouage releases as graduate level perfumery. Even though I believe Amouage puts out some of the most spectacularly intricate fragrances it doesn’t mean there aren’t some good introductory courses in Amouage perfume before taking on the more advanced offerings. Here are the five I would suggest starting with. 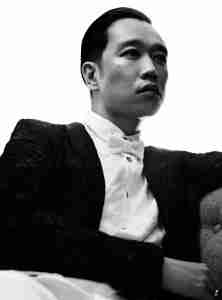 Reflection Woman by Maurice Roucel is fresh the Amouage way. Most fruity florals which can also be described as fresh are light. Reflection Woman is not light but it also not as powerful as most of the other Amouage perfumes. M. Roucel takes an aquatic green accord and mixes it with violet and watermelon. The notes complement each other quite nicely.

Memoir Man by Karine Vinchon-Spehner was the pine fragrance I had been waiting for. Mme Vinchon-Spehner starts with an absinthe top surrounded by herbal notes. A fabulous camphor laden heart carries into a mix of vetiver, oakmoss, and sandalwood. This is all kept surprisingly light like walking through the woods on a winter’s day.

Opus V by Jacques Cavallier is part of the Amouage Library Collection it replaces rose with orris as the partner of oud. It works so seamlessly you wonder why it isn’t used more. M. Cavallier also uses a very boozy rum accord with the orris early on before letting ambroxan turn it austere and dry by the end.

Homage Attar is one of the easier to find attars by Amouage. This is what Amouage stood for when they were founded to revive the Omani tradition of perfumery. Amouage has a selection of incredible attars which are straight distillations of an essential oil into an existing woody base. In the case of Homage Attar it is rose distilled into a base of oud and sandalwood. Attars are among the most concentrated forms of perfume there are and a drop or two goes a long way. Attars also wear very close to the skin making this a perfume that exists for you and those you allow to get close. If you’ve ever been curious about attars this is the best place you could start to explore them.

These are the introductory perfumes but if you find you like these great pleasures await you in the advanced levels.

Disclosure: This review was based on bottles I own.