When 9/11 happened twenty years ago I was at work in Boston. Like everyone it was a moment which shook me to my core. It challenged much of what I believed in. Forcing me to consider hard truths. I walked around feeling disconnected. I was looking to find some way to re-connect myself to the world. One way that was going to happen was a close friend was getting married soon after. We were going to get in a car and drive to the wedding. I was conflicted about it all. In normal times I would have looked forward to buying a new outfit for the occasion.

Mrs. C has always understood the ways I need to be out and about. When she asked me when I was going to go shopping, I replied, “I don’t think I am.” I received a look that I understood innately. Without words she was telling me to go back out into the world. Do the things which gave me pleasure. 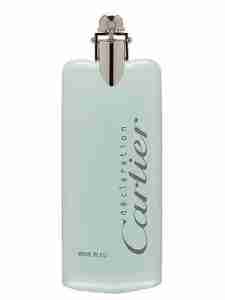 I walked down to the subway station and took it into downtown Boston. My store of choice in those days was Lord & Taylor. I shopped there often enough that the salespeople in the men’s departments knew me. This included men’s fragrances. At this point in time this was one of two places where most of my perfume buying took place.

When I arrived, I just wasn’t in the place where I needed to be to begin to pick out clothes. I headed towards the fragrance counter instead. Anne greeted me with a muted smile. I quickly realized she was working while her mind was also elsewhere. We exchanged our thoughts on the tragedy. I told her I was looking for a new fragrance to wear to a wedding. I believe I detected a little light in her eyes as she began to assemble the recent releases. I also began to feel better having something to do. 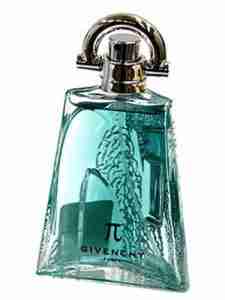 After trying a few things there were two bottles on the counter. Cartier Declaration Bois Bleu and Givenchy Pi Fraiche. Anne was aware I owned the original versions of both flankers. What was great were both were quite different from those.

Declaration Bois Bleu is a gorgeous mixture of citrus and spice over a fresh vetiver base. Pi Fraiche was the opposite of the vanilla comfort scent of the original. This was an aggressively green herbal and pine style over a warm benzoin base.

As Anne and I discussed them I could begin to feel some sense of life begin to seep in around the edges of the melancholy. By the time I had to decide I just said, “I’ll take them both.” We laughed and I realized it was the first one I had in a week. The sound was also the embers of life gaining some strength. I would finish my shopping buying a new linen jacket and slacks which would go with my straw fedora.

When we were on the road a week later everyone in the car became silent as we passed New York City and the Towers were missing. The wedding was a joyful affair. Maybe because we all needed it. By the time we were driving home the mutilated landscape of New York City saddened us just a little less.

Like so many on this 20th anniversary I am looking back. Wondering how we ever got back on our feet. Each of us found our own handholds to pick us back up. My first one was at a fragrance counter.